← back to
Signature Sounds Recording Inc.
Get fresh music recommendations delivered to your inbox every Friday.
We've updated our Terms of Use. You can review the changes here.

In the Buffalo Surround 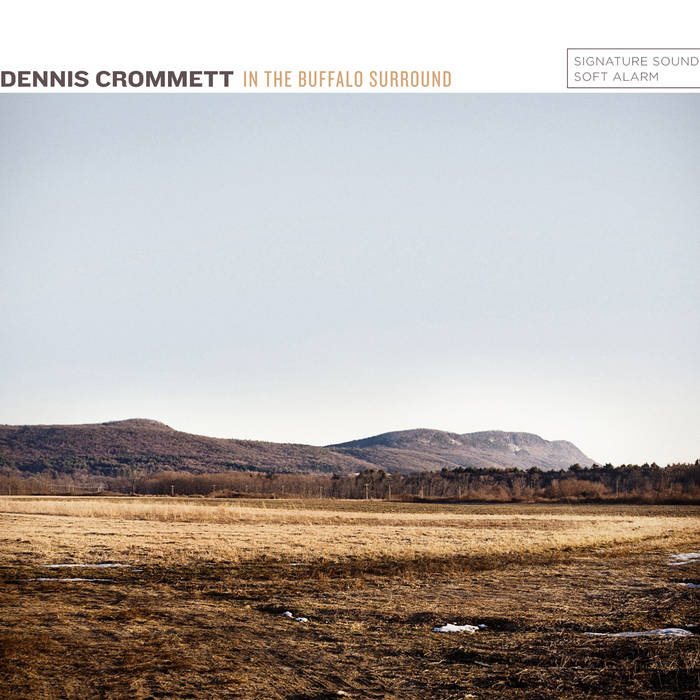 “In the Buffalo Surround” is the name of a chapter from a book by Mari Sandoz called These Were the Sioux. Dennis Crommett’s new album by the same name (his first release for Signature Sounds/Soft Alarm) is a startlingly beautiful set of eleven songs that explores nature, love, transformation, and the exhilaration of coming into one’s own: “Reading about the Sioux and their respect for animals and nature, their value of ritual, especially as related to growing into adulthood, struck a chord with me,” Dennis explains. “The book, and the title and the content of the album, reflect my increased love of being in nature, and doing so more like the Sioux- going on tough hikes or swimming in rough oceans rather than say the Romantic poets and their appreciation of pretty flowers and absinthe.”

Anyone hearing a Dennis Crommett song for the first time will discover a songwriting talent that is effortless- a rare combination of grace and grit. From the gentle intimacy of “Early Sunday Morning” to the hard-hitting “New Year’s Resolution” the album travels flawlessly between ballads that glow with warmth to unbridled alt-country rock. The songs shine all the brighter thanks to the gorgeous uncluttered arrangements and co-production with Will Beale. Working with an old friend proved to be a perfect fit. “Will and I have been friends since high school. Our old friendship came right back,” reflects Dennis. “The majority of the record was made with just the two of us, stopping occasionally to walk around his beautiful back yard or drink some whiskey. It might sound a little overly sentimental, but I can definitely say that an unexpected benefit of making this record with Will was reconnecting as great friends.”

Thematically, the power of nature as inspiration and strength is beautifully explored on the album, particularly on the song “Rocks of Deer Isle”: I don't need anything more than these endless waves/ Baptized or drowned and then saved/From a life of the mind for all time." Written on the coast of Maine, the song is a meditation revealing layers of wisdom and wonder at how nature is mysterious, yet also something knowable that provides clarity and purpose. The songs are all distilled into a resonant blend of roots rock tinted with adventurous indie-rock textures.

In the Buffalo Surround features notable western Massachusetts musicians Ray Mason (bass), Dave Chalfant (lap steel), Ken Maiuri (keyboards/accordion), and Brian Akey (mandolin), with Beale on drums and Dennis on guitars and vocals. Most of the record was made during the weekends throughout 2010, when Dennis would drive down to the area where he grew up, adding some emotional and nostalgic fuel to the recording fire.

In the Buffalo Surround is bound to be a riveting discovery for fans of Neil Young, Mark Kozelek (Red House Painters, Sun Kil Moon) or The Innocence Mission. While the comparisons are warranted, it is clear that Dennis has come into his own impressive voice on this album. As American Songwriter magazine praised, "Sparse, heavily acoustic and day dreamy... [Crommett] is undoubtedly a gifted songwriter."

Hailing from Northampton, MA, Dennis Crommett has spent the past 10 years immersed in the town’s vibrant music scene. Beyond his solo songwriting, he is also the guitarist in the chamber pop band Winterpills, fronts the indie-rock outfit Spanish For Hitchhiking, and occasionally makes electro-pop music under the name City of Domes.

Bandcamp Daily  your guide to the world of Bandcamp